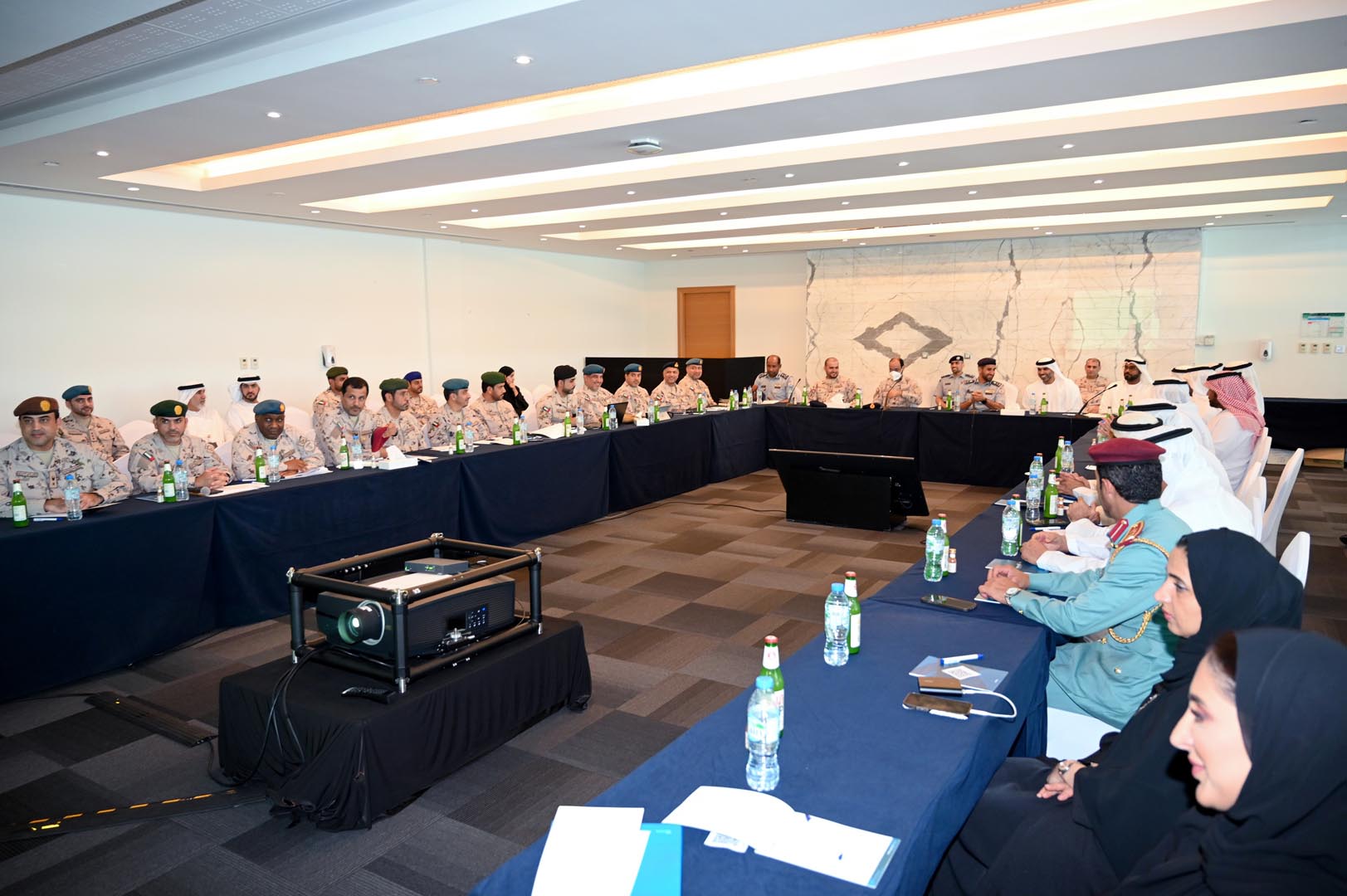 Abu Dhabi, UAE, 13th December 2022: The Higher Organizing Committee for the 16th edition of International Defence Exhibition (IDEX 2023), and the 7th edition of the Naval Defence & Maritime Security Exhibition (NAVDEX 2023), held its third meeting to discuss preparations for holding the upcoming edition of the two exhibitions. The exhibitions, held under the patronage of His Highness Sheikh Mohamed bin Zayed Al Nahyan, President of the UAE, will take place from February 20-24 2023 at Abu Dhabi National Exhibition Centre, and will mark the 30th anniversary of IDEX and 12th anniversary of NAVDEX, and will be the biggest events of their kind in the region and the world.

The third meeting reviewed the main points that will be highlighted during the event, which is organised by ADNEC Group in cooperation with the Ministry of Defence. The two exhibitions provide an international platform to showcase the latest international defence innovations and technologies, and a world-class forum for reviewing the latest developments in this sector.

The meeting was attended by His Excellency Staff Major General Pilot Faris Khalaf Al Mazrouei, Chairman of the Higher Organizing Committee for IDEX and NAVDEX, and His Excellency Major General Dr. Mubarak Saeed Ghafan Al Jabri, Deputy Chairman of the Committee, in addition to members of the Committee and its subcommittees, and Humaid Matar Al Dhaheri, Managing Director and Group CEO of ADNEC Group. The participants reviewed the most prominent participants in the events, which include major international corporations specialising in defence and military industries, making this the biggest edition of the events and consolidating the UAE’s position on regional and international levels.

The Committee discussed the latest developments related to both the series of high-level roundtable dialogues that will feature the participation of thought leaders and influencers in the sector, and the preparations for the IDEX Next-Gen area dedicated to startups, which will allow entrepreneurs to showcase their solutions and technologies in the defence and maritime defence sector alongside the most prominent names in the sector. Also discussed were the preparations for the exceptional pavilions at the event, including the Defence History pavilion for history buffs, which hosts an interactive exhibition highlighting the most important products and technologies adopted in the sector over the past thirty years.

The meeting touched on the preparations for the open discussion activities that will be witnessed at the event that will be held next year, which will revolve around the latest developments in the sector and will include both NAVDEX Talks and IDEX Talks. NAVDEX Talks is set to be held in the Marina Hall which is currently being developed at the new ADNEC Marina at the waterfront of the Abu Dhabi National Exhibition Centre, and will focus on  important topics related to the maritime defence sector, while the IDEX Talks event will include sessions covering a variety of important topics related to the global defence sector.

IDEX and NAVDEX 2023 provide an opportunity for building strategic partnerships between major companies specialized in the defence and military industries from all over the world, and will  discuss opportunities for acquiring the latest technologies and equipment developed by defence sectors around the globe.

The new edition of the event will consolidate Abu Dhabi's position as a leading global hub, and embodies its ability to host one of the most important defence exhibitions in the world, which has contributed since its inception nearly 30 years ago to the development of national capabilities and industries by providing a platform to benefit from global expertise and the best successful experiences showcased by global companies.

IDEX and NAVDEX constitute a fundamental pillar in the efforts of the ADNEC Group to support diversification and achieve a positive impact on the national economy, whether by providing opportunities that contribute to the development of sectors and the business of various national companies, or by organising and hosting major events that attract visitors from different countries.

The previous edition of the two exhibitions in 2021 achieved remarkable success, as it hosted more than 62,000 visitors and more than 900 local, regional, and international companies from 59 countries, in addition to hosting 35 national pavilions.

IDEX and NAVDEX exhibitions witnessed a remarkable growth in the volume of deals and the number of exhibiting companies that seek to showcase the best innovations and learn about the latest trends and developments in these vital sectors.